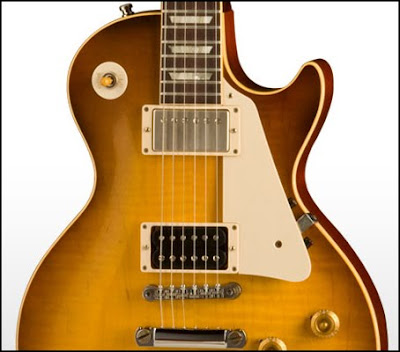 If you have a little (…errr, or a massive amount of) Christmas cash tucked away or if you’ve been saving your pennies for a while – let’s say 15-20 years – then the result of the 2nd collaboration between Gibson and Jimmy Page might be enough to make your mouth water.

Every musician knows that a late ’50s Sunburst Les Paul Standard is hard enough to come by. Obtaining a pristine and exemplary ‘59 ‘Burst and modifying it for heightened performance and vastly expanded tonal options? Unheard of…unless, of course, you’re Jimmy Page.

That’s exactly what the iconic Led Zeppelin guitarist, perhaps the world’s best-known Les Paul player, did with his own ‘59 Les Paul Standard, and now – thanks to the extreme efforts of Gibson’s Custom Shop and the intimate cooperation of Jimmy Page himself – the artist’s hallowed “Number Two” Les Paul is available in the form of the Custom Shop Jimmy Page “Number Two” Les Paul.

Produced in strictly limited numbers, with two levels of aging, this guitar captures the look, feel, sound, and versatility of one of the greatest artist-owned Les Pauls of all time.

The 1959 Les Paul that has come to be known as “Number Two” was purchased by Page in 1973 after trying for some time to acquire an exceptional second Les Paul. This was several years after having acquired his other legendary Les Paul – “Number One,” a ‘59 ‘Burst with a shaved-down neck profile and no serial number – from Joe Walsh. “Number Two” was essentially all original when he acquired it. Jimmy did have some modifications done to the neck shape so that it would more nearly match the feel of his “Number One.”

I hope you’re kicking the habit in 2010 (whatever that habit may be) because you’re going to need the extra change for this one.